When I committed myself to maintaining a blog, I realized I would need to find a keyboard that was meant for a ton of typing – enter the Leopold FC660C. It’s the next best (and very different) thing to the keyboard on my MacBook Pro, both of which have their upsides and downsides.

Before we continue, I want to take a moment to tip my hat to The Wirecutter. They have been my goto for reviews on just about anything useful. And sometimes, they may pick an item, and then when reading through the comments, I can find something that’s a better fit for my needs anyway. It’s a great site and also indicative of how I wound up with the Leopold – It was because of their pick for the Best Bluetooth Wireless Keyboard “for most people.” The Wirecutter’s [correct] choice for this item was the Logitech K380. It connected without a hitch and had switches to pair with three separate devices. It was also compact, which was very important to me as I work in a closeted sized space that only permits me a desk that’s three feet wide (also a WireCutter pick, the Fully Jarvis). The battery life on the K380 was fabulous, and its fit and finish was better than its $40 price tag suggested. There was just one problem:

While it may be good for light duty web browsing, or searching on a smart TV/Apple TV/Roku/Amazon Fire/etc, any heavy-duty extended typing session became truly painful, and I’m not dealing in hyperbole here. There was no cushioning or dampening of any kind in this keyboard and typing on it amounted to hard pressing on a hard surface over and over again to the point that I would feel pain shoot up through my fingertips and back up my hands toward my wrists and it was bad.

Now you might ask why, if I loved it, didn’t I just use my MBP’s keyboard? Well when working at my desk, I use an external monitor with my laptop closed so that’s.not an option. Then you might ask, why not just get an Apple Magic Keyboard and call it a day? Well the funny thing is, I went to an Apple Store and typed up a storm on both the extended Magic Keyboard and the condensed one, and they aren’t the same as the keyboards that are integrated into the laptops, not by a long shot.

The keyboards in the MacBook and MacBook Pro have this satisfying dampened quality to them that is reminiscent of the soft-touch dashboards in higher end Volkswagens. It’s solid, but it has give. There’s a subtle flex to them that’s just right. The external Apple Keyboards again have the hard tap feel that hurts. I can’t speculate on why they feel different but I’m sure someone out there knows. Anyway, they weren’t an option.

I then began exploring The WireCutter’s recommendations for ergonomic keyboards. None were good, well, one was, but it was junk because the number ‘2’ key gave out in less than two weeks. I wound up returning all three I tried to Amazon. My reasons were:

I was basically up a creek without a paddle (first world problem). None of my criticisms of the above mentioned keyboards was goldilocks-worthy or diva-esque…especially the part about breaking. I would have kept the Matias (replaced via Amazon or warranty) but there was a lot of feedback on the WireCutter site indicating that other people had had similar issues.

Seriously though, how hard is it to make a reliable keyboard in the 21st century?

Around this time, I found The WireCutter’s article on mechanical keyboards they loved and at the top of the article was a picture of none other than the Leopold FC660C.  After reading through the article, several of the other keyboards were interesting, but none were as easy to get as the Leopold with maybe two resellers in all of the US and me not being interested in dealing with Alibaba, or waiting for Mass Drop, or whatever. Additionally, the world of Cherry switches is a complicated one and there really aren’t any places that you can go and try typing on each type of switch, you kind of have to just assume that what’s being described to you will meet your needs and that’s one thing (of many) that I hate about the internet. Also, most of the keyboards referenced lacked arrow keys or any effective way to swap the ‘Alt’ and ‘Windows’ key in order to mimic the ‘Command’ key on a Mac keyboard…except the Leopold, which not only offered jumper switches on the bottom, but also had a swappable controller which meant the keyboard could be completely remapped to suit one’s desired layout. 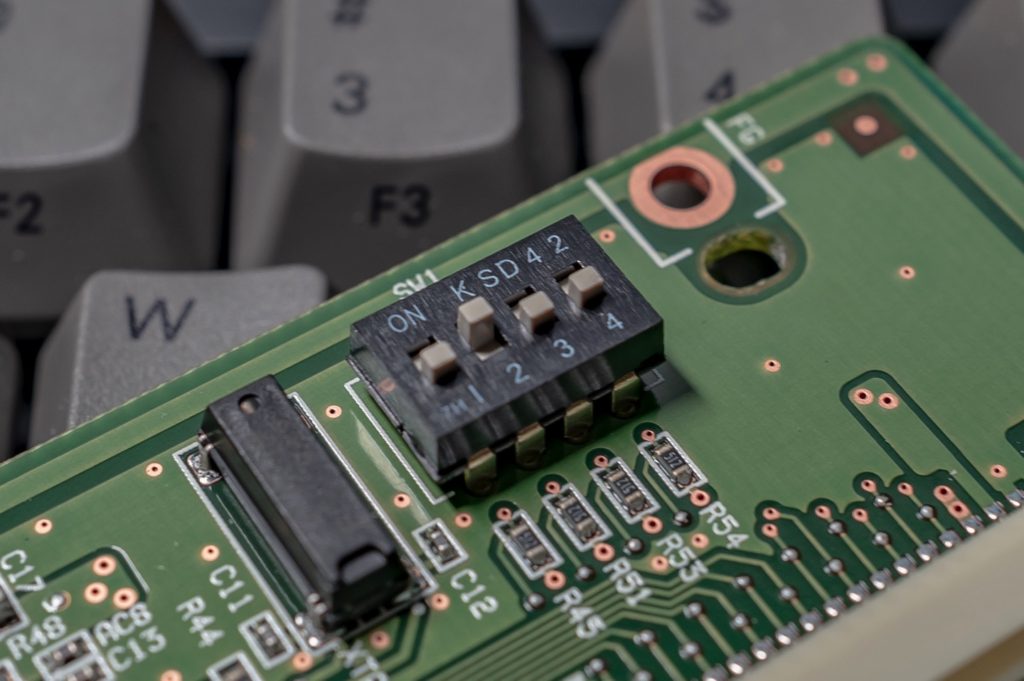 And yes, I ordered the aftermarket controller made by Hasu, because there are keys on this thing that are useless to me in MacOS but that I could make very useful were it possible….which it is.

To be fair, there are in fact, only two useless keys when operating the FC660C on a Mac. They are the ‘Insert’ and ‘Delete’ keys (the latter not to be confused with ‘Backspace’).

I went ahead and altered them to function as ‘copy’ and ‘paste’ keys given heavy use of both those functions when doing any sort of text-based input and it has certainly saved me time. So the question I suppose is, is the Hasu controller worth $50 to customize a Leopold FC600C? Well I think that’s a complicated question that can’t be answered quite at the moment.

My reasoning for not wanting to answer this has to do with the fact that customizing keys is a multi-step process that one really only benefits from if they can physically alter their keyboard layout to align with its remapped internals, and Leopold seems have no offerings in the way of aftermarket or OEM keycaps. I’m not part of the keyboard community (is there a term) but have found sites like Mass Drop and Geekhack, and neither show any conclusive evidence that keycaps are offered, nor will they be.

Many claim this is because of the nature of the FC660C’s Topre switches which are capacitive as opposed to wtf ever all the other mechanical switches are out there, so I’m throwing this question to the universe: the Leopold’s keycaps feel like plastic, so is it really that hard to mold replacements or are they made of vibranium and I just can’t tell? Of course this is the internet we’re talking about, so undoubtedly somebody answered this at one time or another, but I can’t seem to find that answer. 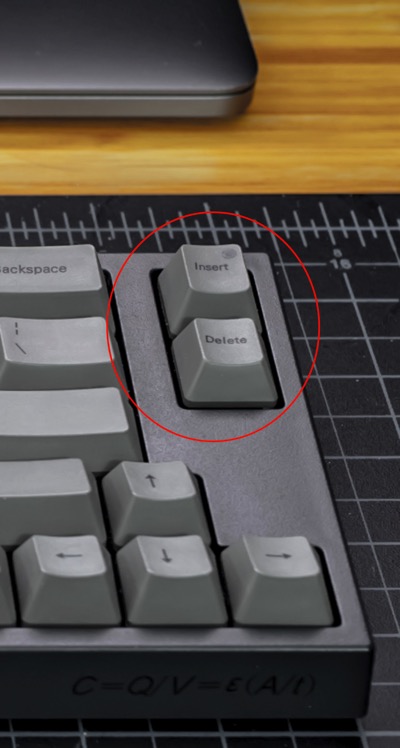 My dream would be to add a second FC660C to my setup that was literally nothing but customized keystrokes, but short of painting the keys, (which would likely wear off), I think I’m SOL until some enterprising individual cracks the nut on molding replacements….or I do.

Now, this is where things get complicated, because flashing the firmware onto to the Hasu board isn’t as easy as it is if you’re on a PC, and no single set of instructions on the web really covers how exactly one goes about doing that, so I’m going to do my best to compile the best strategy for flashing your Hasu controller’s firmware via a Mac in a separate post, and with any luck, it’ll work for you as well!

This is my first high-profile mechanical keyboard since my days with Power Mac G4 keyboards of lore and it has taken a little getting used to. My first day left my hands and wrists in (there’s no sugar coating it) utter pain along the lines of falling on them on hard asphalt. It was extreme, but by day three, my hands had settled into the new setup. There was definitely very pronounced discomfort during the transition, but one thing that doesn’t happen anymore is pain radiating up from my fingertips when typing, and that is a huge plus. The rest of my hands still feel strange after typing, but this may simply be a result of having used low-profile laptop keyboards (and then the K380) for the better part of ten years. Each day has gotten a little better.

I also purchased a wrist rest hoping to alleviate some of the new discomfort issues. I’m honestly not sure if it has helped or not. One thing I frequently do is simply change my setup (with the legs folded, sometimes extended, sometimes a wrist pad, other times not). Many people wax poetic about the thock-thock noise the keys make. Personally, I could not care less about that. I just like the feel when depressing keys. It’s a beautiful thing.

I’m going to see how I feel about this keyboard after a year. It was definitely expensive, and the custom controller didn’t help, but right now I think it is fair to say it’s the best typist keyboard on the market. Who knows, perhaps keycaps will get released, and I may also swap out its plastic case for a TBD aluminum one, but for now, look forward to all the postings on here being, in part, the result of using the Leopold FC660C.

Scroll to Top
We use cookies to ensure that we give you the best experience on our website. If you continue to use this site we will assume that you are happy with it.OkDeclineRead more