Laugh all you want, it’s getting harder and harder to go out and take photos of places and things without being obstructed by those “doing it for the ‘gram.” To that end, I have pretty much given up on sunsets and now primarily aim for sunrises as my golden hour of choice (see also my trip to the Anza Borrego Serpent). One thing that has often bought my eye (hat tip to Monty Python), on the road to Las Vegas, is of course, Seven Magic Mountains, plunked down in the Nevada desert just outside of Vegas itself, by the artist Ugo Rondinone.

On the one hand, it’s definitely art. On the other, if we consider the intent, it’s a little too easy to get to. I don’t know, I feel like it should be a little more off the beaten path. Make instagrammers work for it. You can park and walk easily to these day glow boulders in less than three minutes. It’s not like the Paul Smith pink wall in West Hollywood. Good luck finding parking within twenty miles of that thing.

So I headed out one night in trusty Bertram to snag a photograph of the giants fruity pebbles. My hope was to get a shot of the sun’s light leaking through a gap between the rocks, but my boy Udo had not aligned them with the path of the sun as you see here, so it’s not the best angle. I’d like to give him credit as an artist that this was intentional…but no…no I’m guessing that he and his crew neglected to take that into consideration. 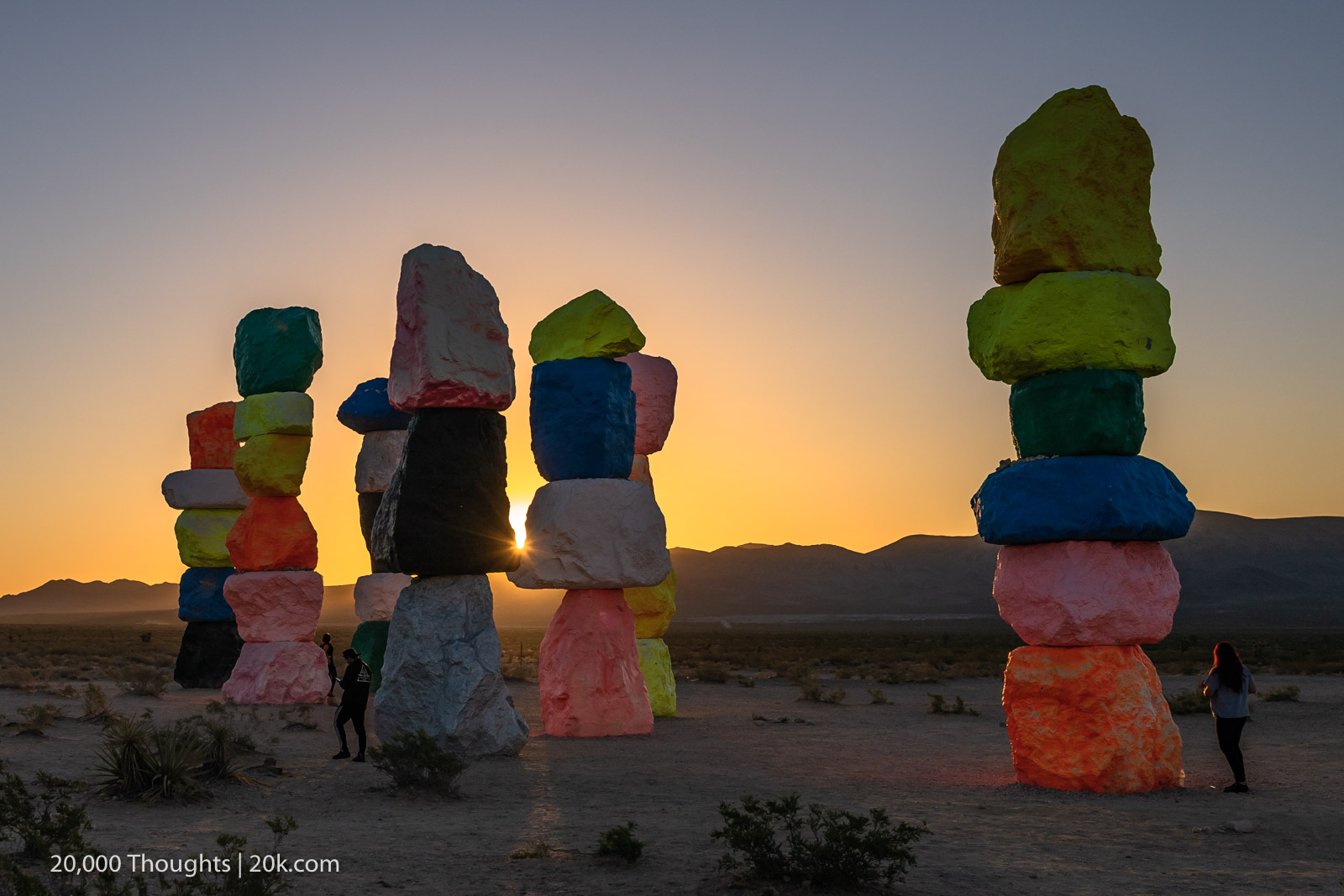 As you can see though, the instagrammers were already showing up first thing in the morning, which blew my mind. I drove overnight, Friday to Saturday morning, thinking that nobody would be up that early on a Saturday near Vegas as they had either spent Friday night driving to get into town, or were already partying, and on their way to passing out. It is possible that these people who showed up did both of those things, and were simply that dedicated to, like I wrote above, doing it for the ‘gram.

As is the case with photography however, sometimes you get that split second, where someone is an inch out of frame and if you’re not ready, you miss out on a shot that is otherwise impossible to get, and fortune favored me that morning. I managed to ever-so-quickly take this photo head on and, while I’m not crazy about it, it is unique in that it has nobody in it, so I’ve gone ahead and posted it here purely on the merits of that.

After lingering a bit longer and taking one or two other pictures (like this one below), I trudged back to Bertram and drove back to LA, because that’s the only reason I came out here anyway. 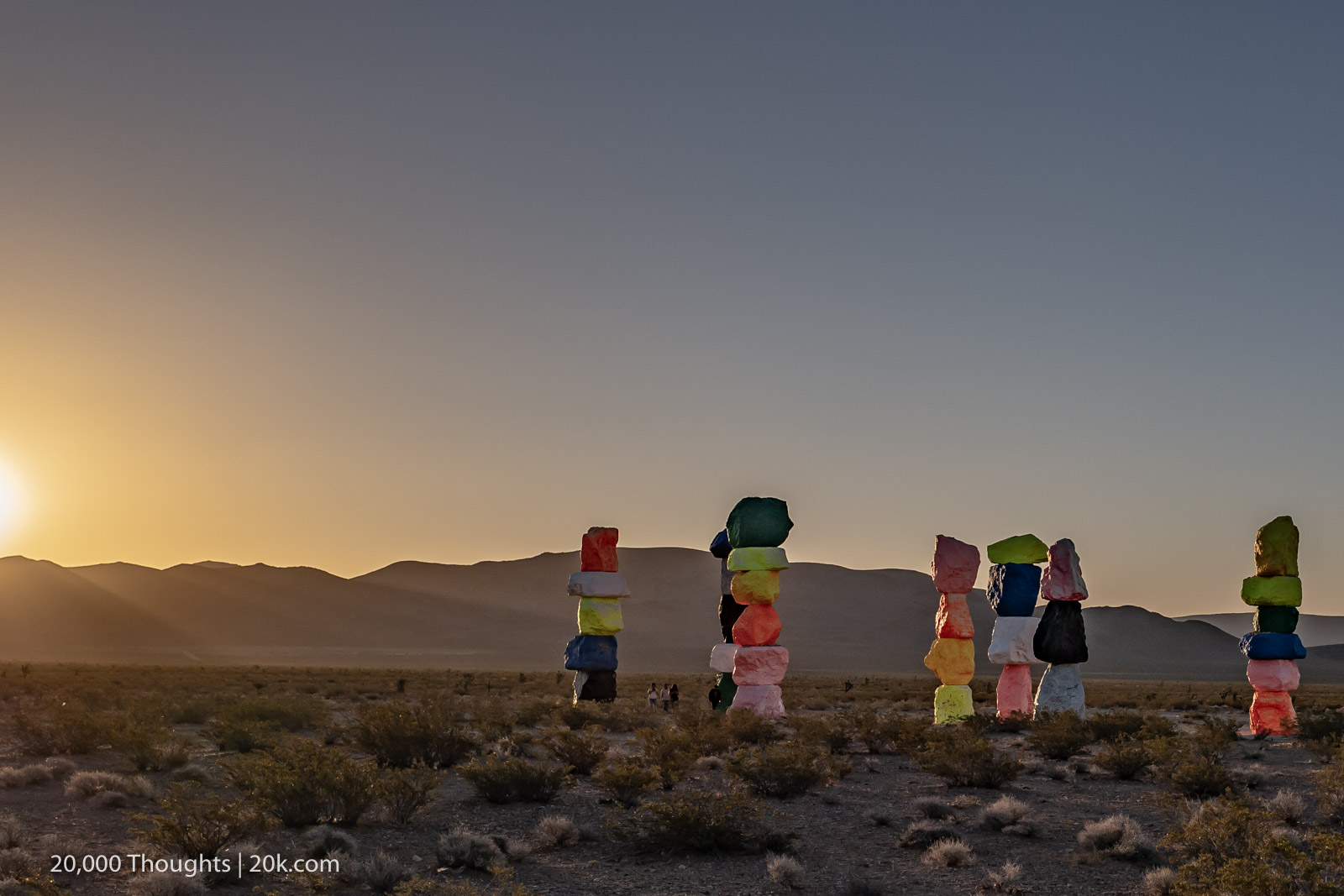 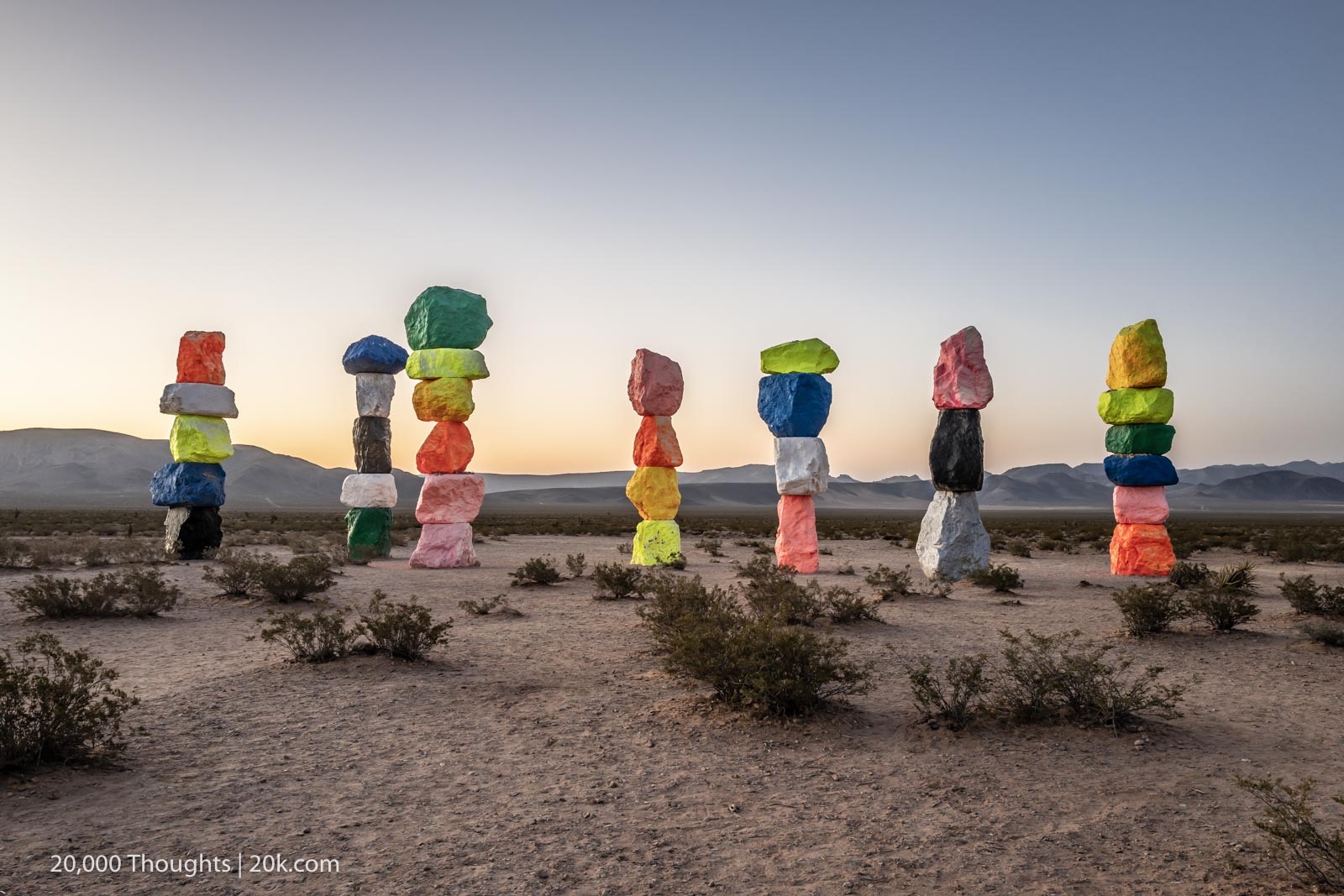