This Bungatti story isn’t about barn find vehicles. There’s an excellent site for those types of stories. Instead this is about singularly important vehicles that one either learns the importance of after the fact, or simply doesn’t expect to come across in a given location.

In the late 1980’s a benign cold war of sorts was brewing between The Walt Disney Company and Universal Studios to build competing functional “movie studio” theme parks in Florida to take advantage of handsome tax credits the state was offering the film industry to leave Los Angeles. As part of their effort, both Universal Creative and Walt Disney Imagineering sent buyers out across the US to buy up authentic movie props, sets, costumes, and (of course) cars to supplement their own inventories of items used in past memorable productions. On the car front, both companies were incredibly successful in buying up what movie cars were in private hands, and what followed was a tragic display of important and iconic automotive movie history rotting away in the scorching and humid Florida climate over the next twenty years. 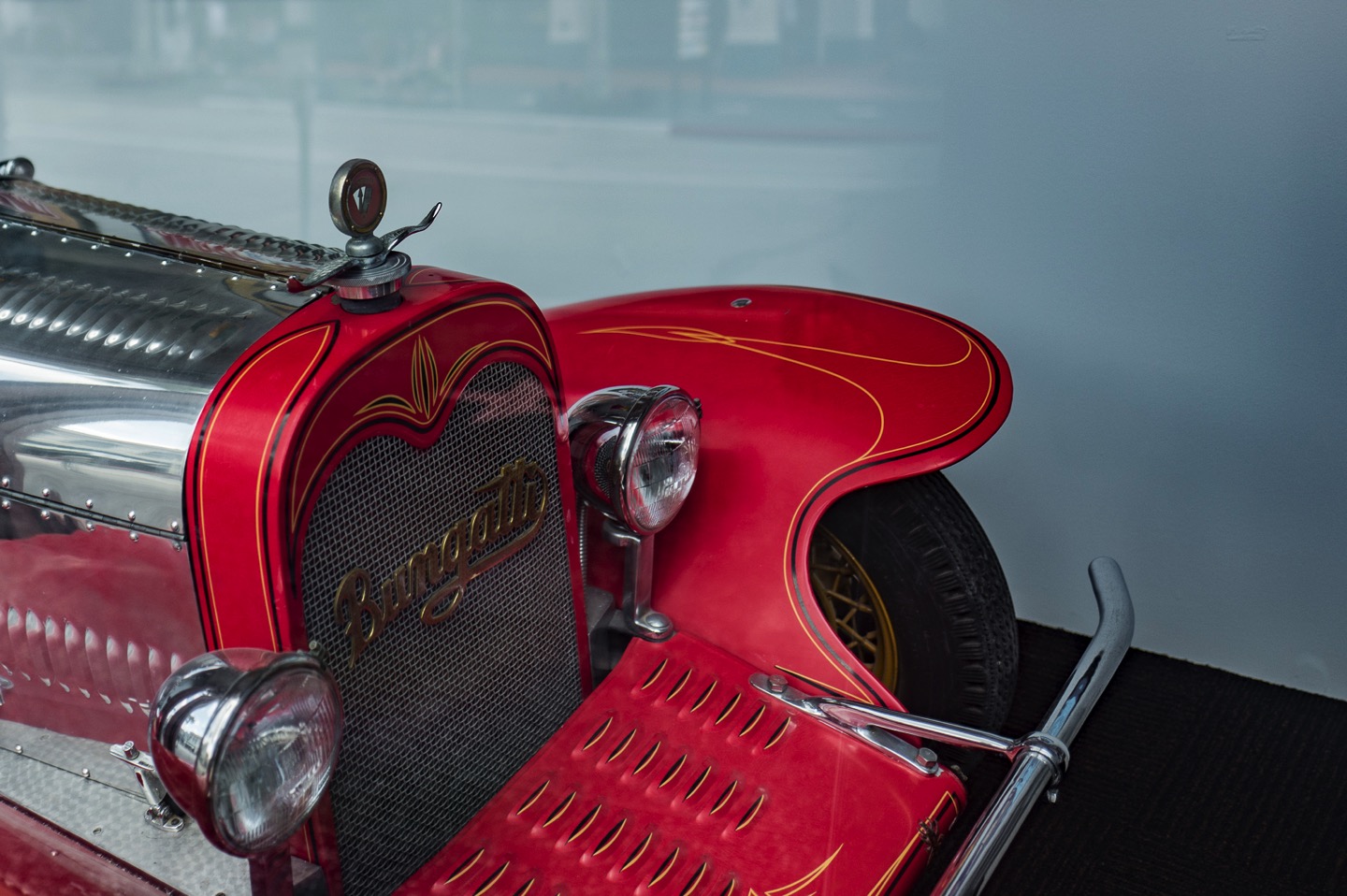 Ironically, one car was taken care of. That one car did not have ties to the movie industry, nor was it celebrated for its heritage, and it is arguably one of the more important cars of the great buyout. 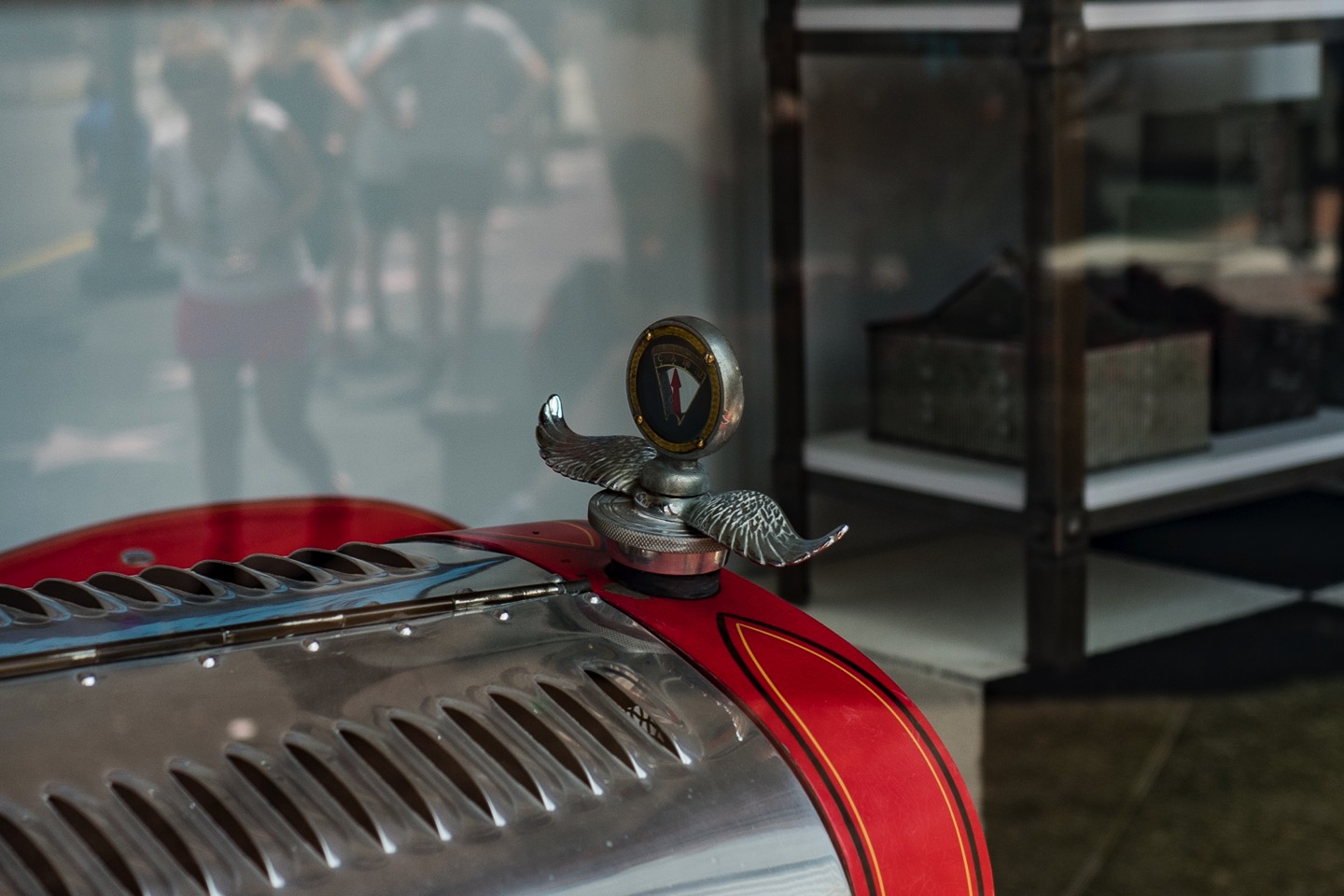 The car is the “Bungatti,” a miniaturized prototype replica of the Bugatti racers of lore and what some consider a satirical take on them. 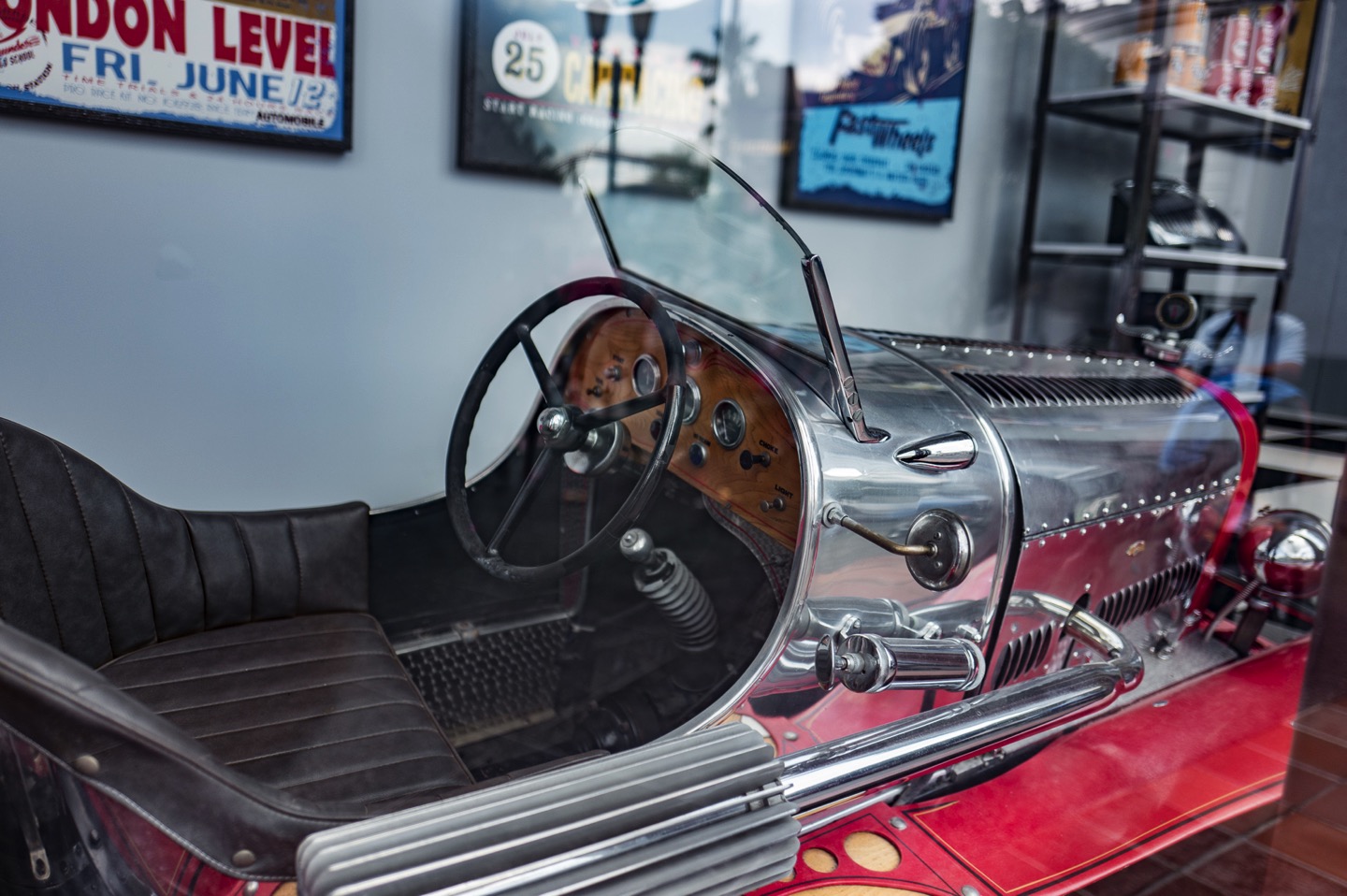 The Bungatti’s original fabricator is somewhat up in the air, but what is known for sure is that it was later taken by Kenny Howard Von Dutch who added a Crosley engine and his signature pinstriping to it, making it one of his final canvasses. 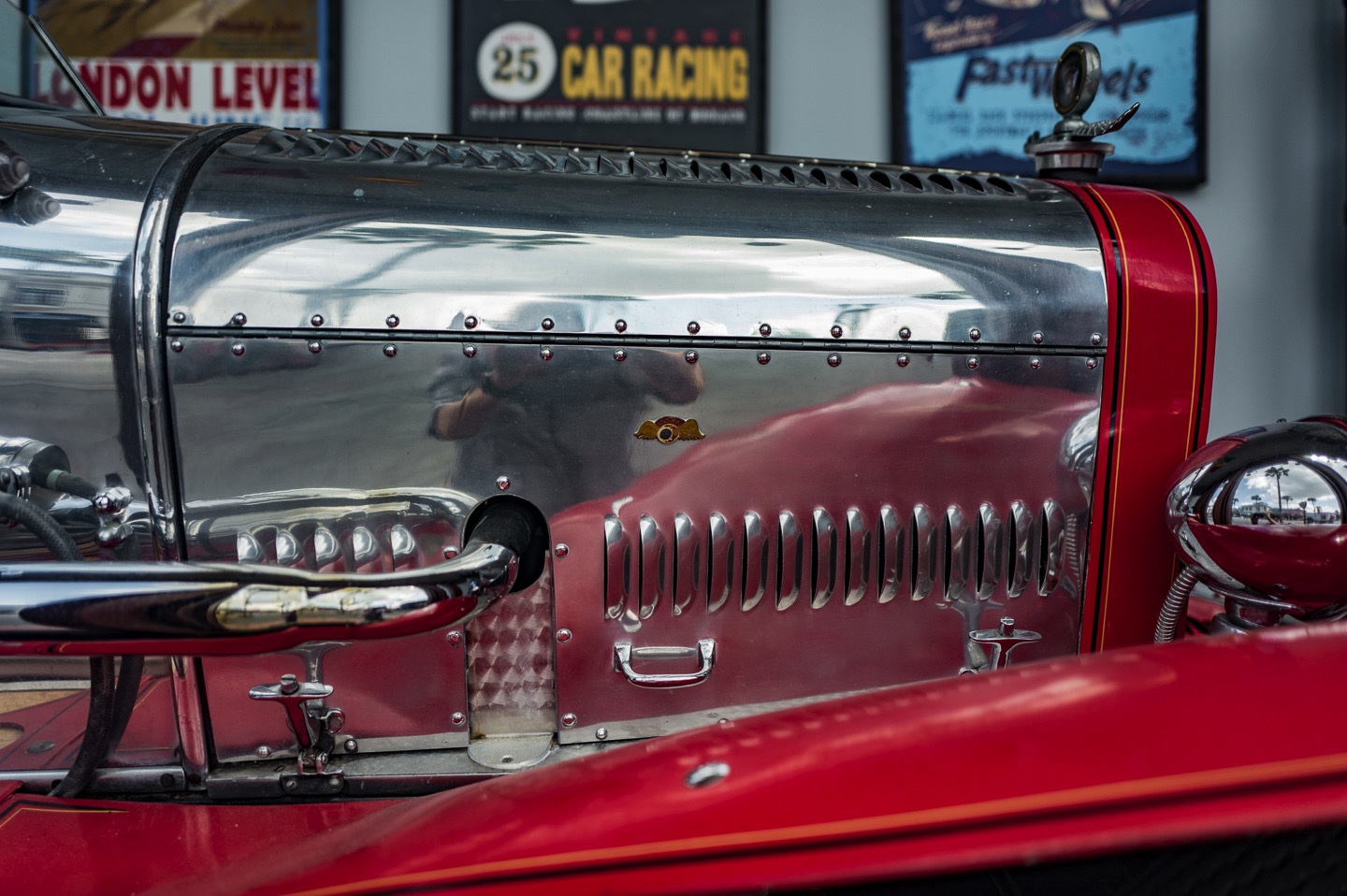 The average theme park enthusiast, tourist, or vacationer would likely pass this by without stopping to take a closer look, however there is a small emblem on the bonnet signifying its provenance. 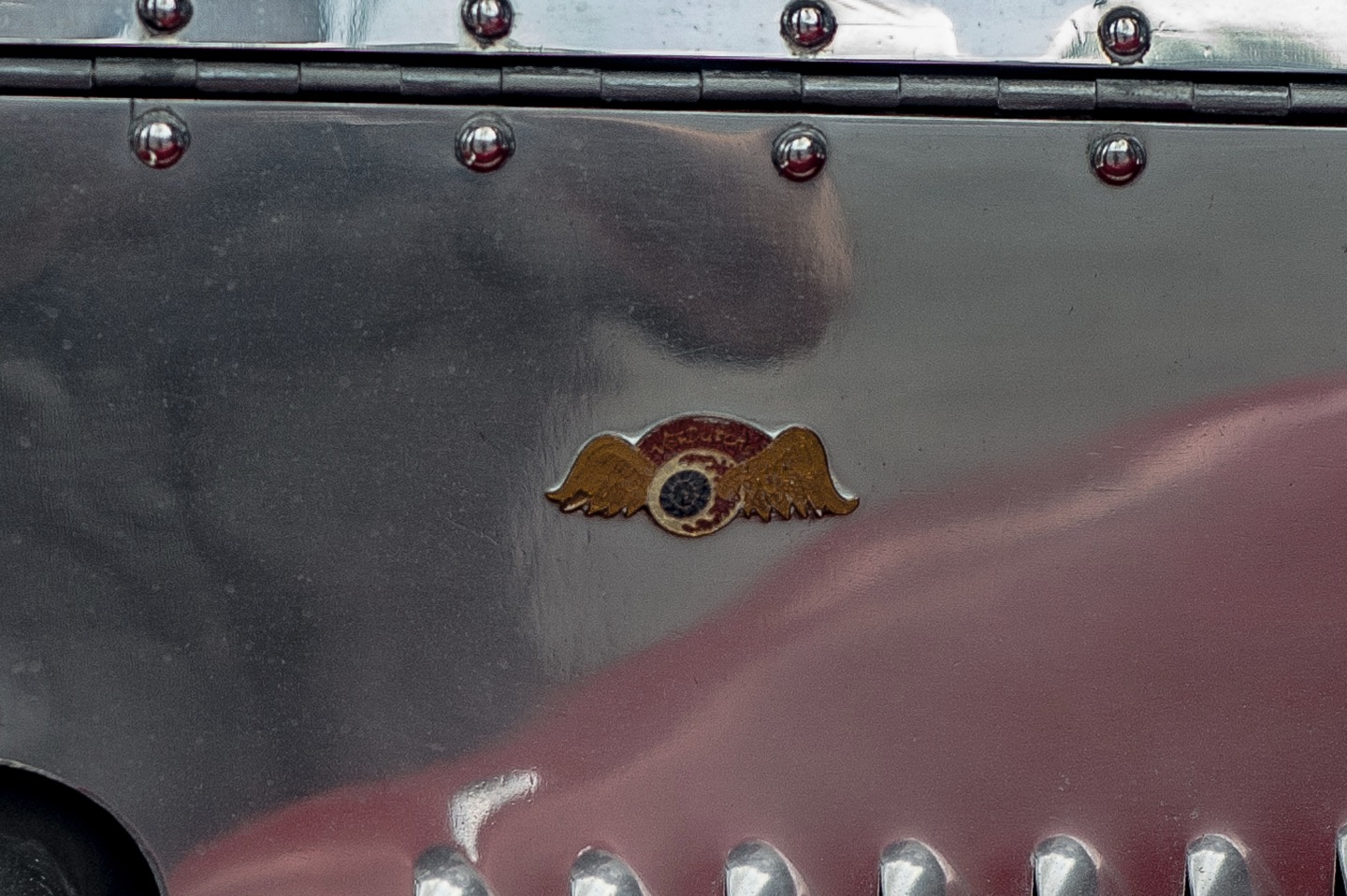 Perhaps it is for the best that it remain somewhat ambiguous in its display. Howard’s legacy is a complicated one that, at best, should be acknowledged, and at worst, ignored in favor of his artistic talent and contributions to the car-as-art scene. 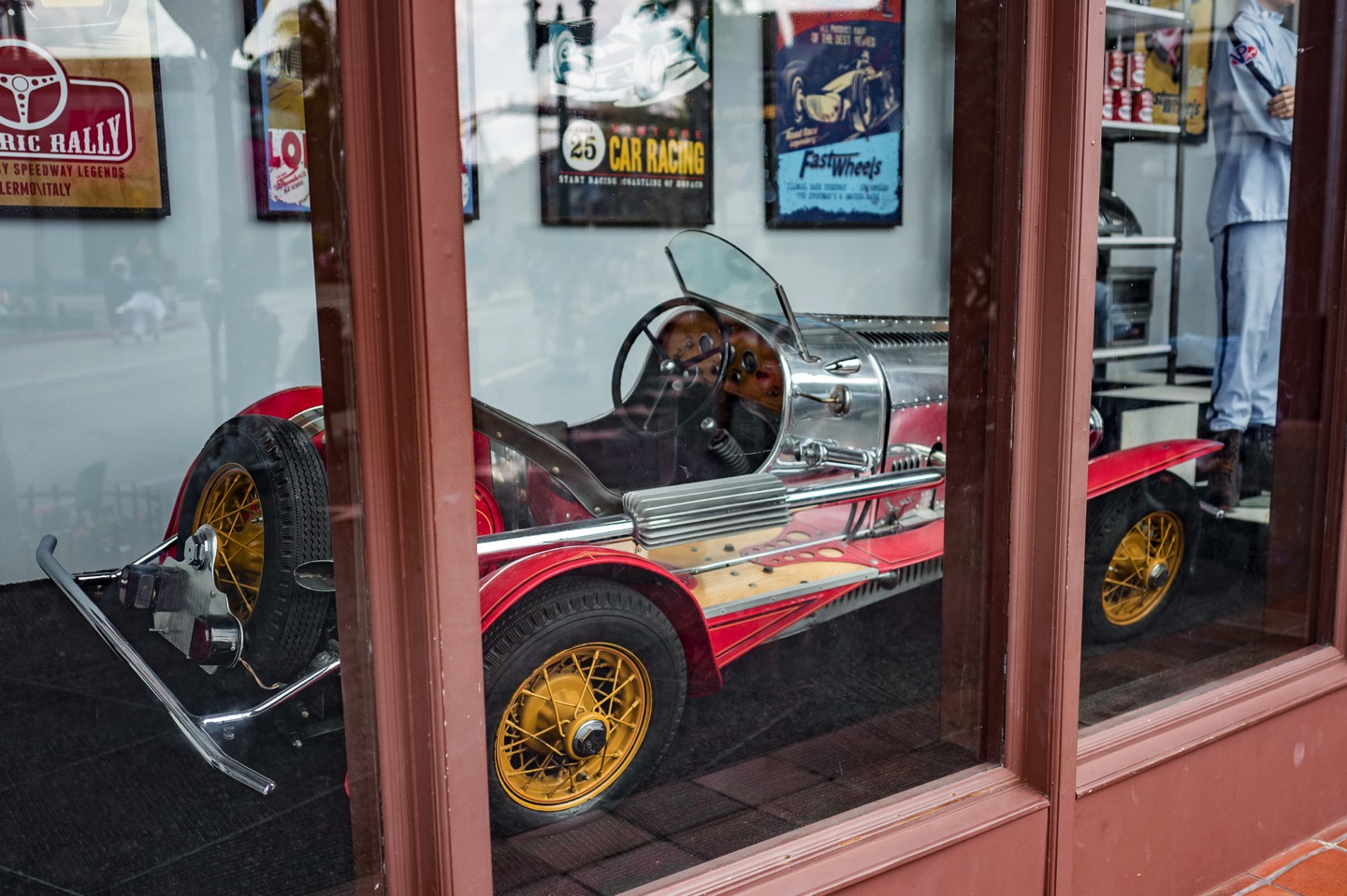 Scroll to Top
We use cookies to ensure that we give you the best experience on our website. If you continue to use this site we will assume that you are happy with it.OkDeclineRead more